In a vote where a two-thirds majority was needed from among all township chairmen and Lake County Republican Central Committee officers, Oberweis emerged victorious following a first-ballot vote.

“Jim Oberweis earned the endorsement because he made the strongest case for success against Rep. Lauren Underwood,” Lake County GOP Chairman Mark Shaw said in a press release. “We need a candidate who stands up for our Republican values and who has a path for victory in the race. Jim Oberweis checks all of these boxes.” 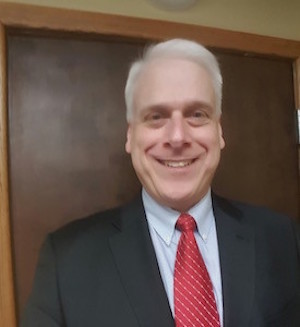 With the 14th Congressional District widely considered one that Republicans have their best shot of taking back in 2020, Oberweis has hit the ground running in his bid, recently earning a first-round On the Radar candidate rating by the National Republican Congressional Committee Young Guns Program.

“If Republicans are going to retake the House in 2020, it starts with the 14th Congressional District in Illinois,” Oberweis said in the press release. “But the first step to defeating Lauren Underwood is to win the nomination, and garnering the support of the Lake County Republican Party is a big step forward for this campaign. I am honored and humbled to have their endorsement.”

Want to get notified whenever we write about Lake County Republicans ?

Sign-up Next time we write about Lake County Republicans, we'll email you a link to the story. You may edit your settings or unsubscribe at any time.