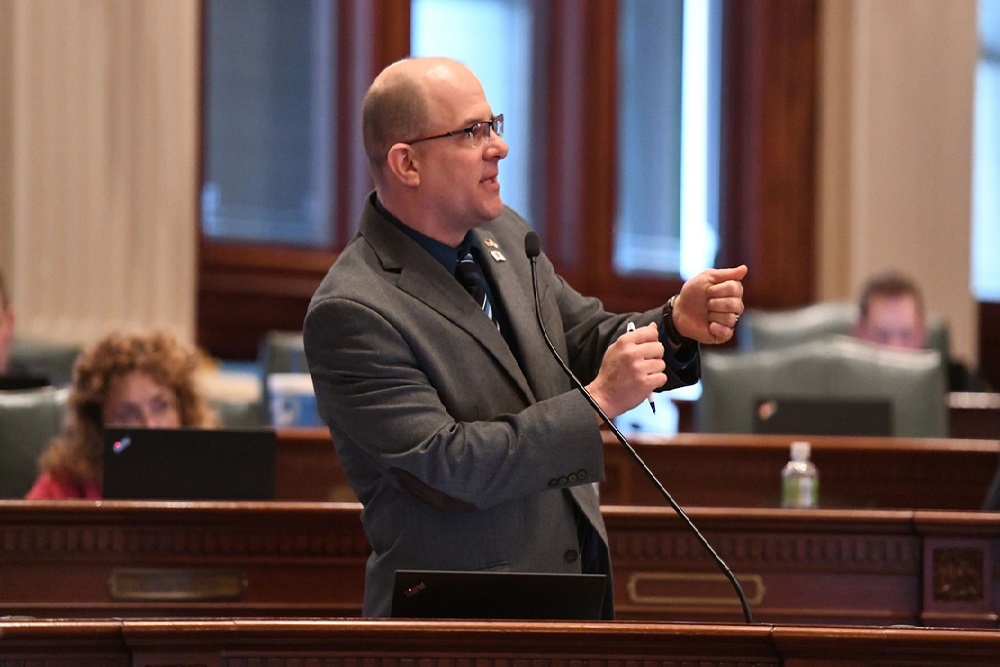 Representative Batinick believes Illinois has a culture of corruption, but it’s leadership that sets this culture. “House Speaker Mike Madigan is the longest-serving House Speaker in history, and under his reign we’ve seen a decades-long pattern of unethical behavior and corruption in Illinois government,” said Rep. Batinick. “People all around him are being investigated, searched, recorded, arrested and indicted. To restore trust and accountability in state government, Speaker Madigan must resign.”

According to Batinick, the resignations must extend beyond the Speaker and also include the state’s top financial watchdog, Illinois Auditor General Frank Mautino. “Auditor General Mautino has been under fire since his appointment in 2016 when it was alleged he used campaign money for personal purposes for over a decade while serving as a lawmaker,” said Batinick. “He has yet to answer those charges, and efforts to remove him from the position of Auditor General have been squashed by Speaker Madigan and his Democratic Majority. At a bare minimum, Mautino must resign.”

Rep. McDermed said the typical response to scandals by Madigan and his loyalists, which includes denouncing behaviors and floating the illusion of reform while rejecting anything substantive, must end. “Amidst a #MeToo scandal atop the political and legislative sides of Madigan’s operation, the Speaker has again and again promised reforms while simultaneously protecting his allies,” McDermed said. “Their response to sexual harassment and bullying has been to lie and intimidate the accusers while rewarding the harassers. On behalf of the 200 people who signed a letter alleging harassment in Springfield and others too afraid to speak up for fear of retaliation, I am demanding Speaker Madigan’s resignation.”

McDermed pointed to Madigan’s refusal to advance more than a dozen ethics reform bills filed by House Republicans, only to bring forward extremely watered down measures during the 11th hour of the fall veto session. “Legislation that would have brought forth meaningful change were blocked while Democrats approved ethics reform bills that have no hope of improving ethics in Springfield,” McDermed added.

“Speaker Madigan has the power to advance or kill legislation, and he controls the committee process through his House rules,” said Rep. Morrison. “Those who play his game are rewarded with key committee chairmanships and later many receive lucrative lobbying contracts and jobs, while those who stand up to these practices are punished. This culture of corruption denigrates our entire system of government and impacts families on a personal level through the ‘corruption tax’ we pay.”

Original source can be found here.

Want to get notified whenever we write about Illinois State House District 97 ?

Sign-up Next time we write about Illinois State House District 97, we'll email you a link to the story. You may edit your settings or unsubscribe at any time.